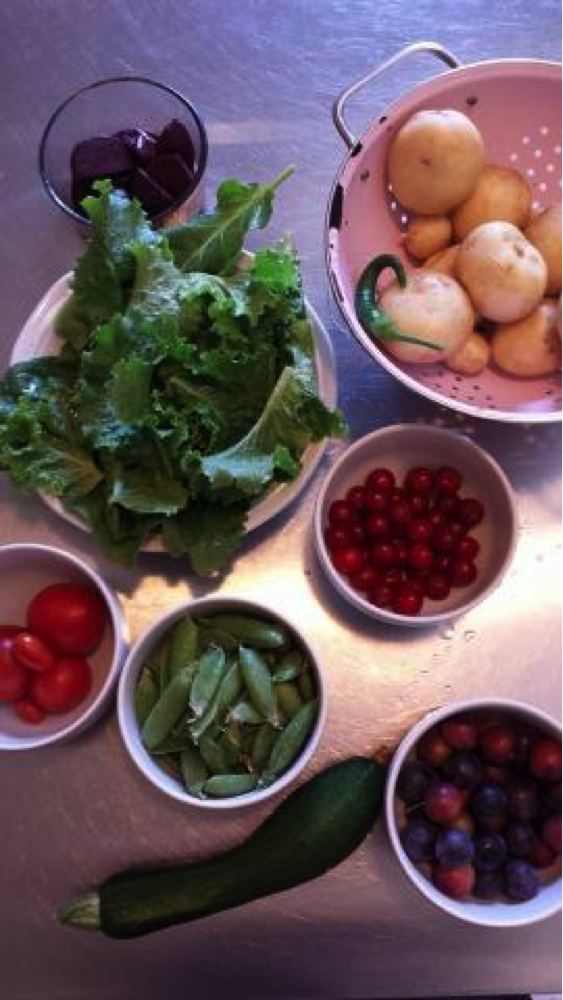 nquisitive Part 13: Moderation in All Things

The only thing in life that requires no moderation is pure love. Everything else needs restraint, which is the subject of today’s musings.

Ever notice how a person’s strengths usually have a flip side? Positives taken to extreme become weakness. This is painfully clear when I look inward. My work ethic can turn into unbridled ambition of the worst kind. My social nature can have me running around like a crazy woman or worse, morph me into an attention hound. Enthusiasm can be really obnoxious. An innate chattiness can talk right over people. Being optimistic has made me reckless at times. Afterward, I have berated myself for being so stupid and insensitive. My enjoyment of life can turn whatever is at hand addictive: sweets, caffeine and as mentioned earlier, attention. Anyway, this is the flavor of it.

Religion is sort of the same. Actually I think this is a truth in general so it’s not fair to single out religion. For this reason, it’s not hard to find clichés and proverbs along the lines of “Too much of a good thing,” or “Moderation in all things.” We humans just have a propensity toward extremes. Once we’ve tasted a little of what’s good, we want more until we’re sick from it.

This leads into another soapbox topic that anyone who knows me has heard (and we might as well get out of the way): the Word of Wisdom.

What really isn’t cool, though, is judging anybody else over this stuff. I can’t speak for Jesus (of course that’s never stopped me from speculating) but I like to think he would come down here and smack us a little silly for getting all caught up in this minutiae. He might tell us that it reminds him of counting steps on the Sabbath or leaving your ox to die in the mire. He might tell us we are putting too much energy on the wrong things.

Yes, I imagine God is pleased when we live clean, obedient lives. That’s got to count for something, right? It must also make the great Creator feel appreciated when we cherish our miraculous bodies. Beyond that, I cross a line any time I get thinking I’m better than somebody else for being a better rule follower. He might remind me that all humans are sinners and that judging is a much worse sin than a cigarette.

Or maybe I’m just trying to justify how much I love coffee. In the spirit of disclosure, this is entirely possible.

It’s not that I don’t believe in the Word of Wisdom because I do. I think it’s great. I just believe it was meant as a guideline for a healthy, clean life. That’s it—sound advice. But we’re people and we take things to extremes. People don’t stop at two cups or at a single can of Coke. We go for the Big Gulp with daylong refills. The ambiguousness of it and the abundance of flagrant violations makes the rule followers a little crazy. So in an effort to clear things up, the advice gets codified and before you know it, you’ve got to have a conversation with your Bishop about whether you do or whether you don’t.

Did Jesus really mean for a Keurig on the counter to preclude admission into his house? Sure it’s a trivial thing to give up—I know, I gave it up cold turkey once to get my own admission ticket. But since it is, indeed trivial, I’m not sure it warrants the attention we give it. I remember being at one of those buffets with all the retired people and the self-serve ice cream machine. I was there with two of my eleven-year-old friends on a spring break outing and while my parents were occupied with their Salisbury steak, one girl joked about tasting the coffee. It was just sitting out there for the taking. The other one said, “But we’re underage!” like she expected the restaurant to have a coffee monitor to check IDs.

It also seems to me that the Word of Wisdom is another good example of scripture describing the best knowledge people had at a particular point in time. Diet Coke hadn’t been invented. The benefits of green tea were not yet established. I would like to propose that rules such as the WOW ought to be modified from time to time, but they seldom are.

What I’m getting at here is the idea of moderation. One cup of coffee is probably fine but a whole pot can’t be good. A little wine has health benefits but getting sloppy can lead to a heap of heartache. Two squares of chocolate can make a girl happy, but a whole bag is gluttony. Even exercise can be taken too far. Have you heard about people who die in marathons, not from the exertion but from from hyponatremia—basically getting overzealous with chugging water after their electrolytes were depleted?

I have been focusing on the Word of Wisdom here, but I don’t want to lose the bigger point. Moderation is necessary with all doctrines. Any true principle that is taken too far can become its own kind of sin.

When the religious masses level criticisms at non-believers they tend to focus on the worst offenders. Likewise, it’s not fair to label extremists and everyday churchgoers as in the same camp. Most people who go to church are good folks trying to do a little better all the time. Both religious and secular people are guilty of flinging judgments and in turn having unfair judgments flung at them. Just like people have a hard time showing restraint when anything feels good, we often make black-and-white disparagements that only apply to the fringes.

Humans don’t like ambiguity, and paradox is a difficult concept to grasp. Specifically, most principles house two extremes at once, being both good and bad depending on where on the spectrum you look. Wisdom is found in balance and happiness results from moderating our appetites. Is it possible that even Truth is relative?

(Note: In a future essay I’ll chew on this this idea of balance some more, namely that there is a sweet spot with any principle and life is a constant struggle to find it and hold it.)