When is Prime Time? 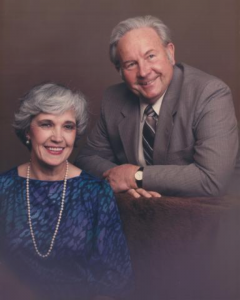 When is prime time?
When people who are turning 40 or 50 tell me they are getting so old, I hesitate because what I want to say is “that’s the dumbest thing I’ve ever heard.” That’s how my dad would have put it.

Having parents who started with me at 41 and 45 probably colors how I look at age. They didn’t seem old to me until they were well into their 70s, when my dad started spending time in hospitals. By this time their bodies began giving out in earnest, but even then mom was still energetic and dad had a boyish mischief about him.

A while back I had two friends in their 60s say to me in different conversations, that the most golden time in their lives was when their children were little–and neither one of them realized it at the time. That sounded like a warning: don’t miss your own life. Another colleague told me about a co-worker who kept putting off retirement. Right after she finally gave notice, her husband suffered a major illness and they lost the opportunity to do all that they had planned, all that they had put off. Another warning, don’t wait to live.

All this made me wonder when the best time was in my parents’ life. If I had to guess, the picture attached to this essay came to mind. I love this one because they both seemed in their prime then. I remember them vibrant and full of plans. I asked my mom when she thought their best years were, not really knowing if she would pick this phase or if she would choose another, perhaps when they were young and before I was even born. Her answer surprised even me.

She said that each phase in their lives was the best up to that point culminating with the last few months before my dad passed away. Even though he was quite sick, this time was one of closeness and love. The last two weeks of their life together ranked as one of the fondest periods in their whole marriage. This followed a high-energy two decades during their sixties and seventies when they enjoyed grandchildren, work, and new adventures. Clichéd as it might sound, these were the golden years.

A friend told me a few years ago that the difference between old people and young people, is that the young keep making memories while the old only live in them. My folks never stopped making memories.

I think it’s worth repeating: it isn’t that the time when their family was young was not the best time up to that point. It was. My dad said he wouldn’t trade one single married day for all of his single days combined. It’s just that their marriage grew stronger and they fell in love with their work more with each year. Of course it wasn’t all singing and chocolate cake (or carob cake if my mom baked it) but they always had something that got them out of bed, something to do together. I have to think too, that part of it was gratitude, of being grateful for whatever life brings.

So with this reflection on my parents’ life, I want to internalize what they had to teach me. So last weekend I posed the question in my own mind: what has been my best time thus far? I didn’t hesitate; the answer was clear and resounding. “It is right now,” I told Milan this over poached eggs. There is nothing in the whole world I truly want that I don’t have in this moment. There could always be more money, more of oh, I don’t know what. But when it comes to being happy, I have everything I need right now.

I am also practicing–and forgetting, and practicing again–the discipline of being present and appreciating exactly what life is in the moment, whatever that might be. My new goal, my ultimate goal in life is this. It is to be like my parents who looked back and said that even in trials and difficulties, the phase of life they were in was better than the last. Because really, if you ask what the best phase in life is, shouldn’t the answer always be, “right now?” When would my life be anything but the present? Now is the ONLY phase of my life. Always will be. So today, I think I will be in a good mood, realizing that I am in my prime.