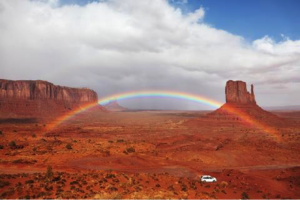 Sometimes stuff shows up in your life in uncanny ways. Tomorrow will be the culmination of just such a time. I’ll explain, but first we have to back up two months. I had completed work on Every Essential Element and the copy editor was finishing her final housekeeping, the last of a process that had taken more than four years. What’s the rush, right? That’s what I thought, but all at once it felt urgent, somehow like in spite of it having taken so long to this point, time was now of the essence. So she finished up I prepared to send it to the printer we had selected a while ago. Printing would take a couple of months and that was fine, but once again I had a sense that time mattered and that I should shop around for another option. The price had been right with this particular printer, but in spite of having been told that no one would beat this deal I followed my gut to at least see what a competitor could do. I was delighted to find an outfit out of Utah County, who quoted a better price and promised to have books in hand within ten days after approval of the proof. That would shave up to two months off the process. Wow. Sold.

The books were delivered on the first day of the tech college’s spring break, a nice bonus to give me time to start working on publicity. My first phone call was to the Utah Natural Products Alliance (UNPA) because I thought they might be interested in doing some joint publicity since our story mirrors that of many of Utah companies and chronicles the beginnings of the natural health movement. Utah has been dubbed the Silicon Valley of Supplements and is the State’s second-largest industry.
It was a cold call but the staffer was encouraging, telling me that the timing was uncanny because they were planning an event and my book might be of interest. To make a long story short they said, “We are holding a celebration at Deer Valley next month to commemorate the beginnings of the natural health movement in Utah. All the big companies will be there, and we are inviting media from around the country. This Friday we are filming a video and would you possibly be free to come down and be interviewed for it?” My response. “Yes. Why yes I am.”

Now, as a first-time author, do you know how hard it is to get magazines and other media to give you the time of day? Why should they pay attention to you and your unknown little project when they have much bigger fish to fry? It is a long haul indeed. And here, dropped in my lap was the opportunity to be included in a video and to attend an event that would bring all the people together that I wanted to meet. Poof. Just like that.

What serendipity. The executive director of UNPA even used that word to describe the timing of my phone call. Indeed, if I had gone with the original printer—had I not followed the nudge to look into other options immediately when I had the thought—I would have missed this opportunity and would never have been the wiser.
We went down to their office and did the video, met some great people and got to schmooze with Senator Hatch who sponsored the Dietary Supplement Health and Education Act (DSHEA, as it is now known). Lucky indeed.

And here’s where I’m going to get a little out there on you. I wonder, could it possibly be more than just coincidence? I do believe in faith. That was probably the biggest thing I learned from my parents—namely that when you are doing something you believe in with all your heart, that has a purpose—things have a way of working out. And if you combine that with prayer or manifesting, or putting it out into the universe (people have different ways of describing this but I look at it as the same principle) forces sometimes come together in unexpected ways. I will add that I also believe in luck, defined as “when preparation meets opportunity.”

So for the past year I have been quietly doing my part—which, to me, is the very essence of faith—and have also been praying for help. It has gone something like this, “God, I’ve been working on this because it feels like something I am supposed to do, like there is a reason for it. And if so, will you just help that purpose be fulfilled? Please, kindly, if you will, bring people into my life who can help when the time comes.”

Tomorrow I’m looking forward to celebrating with people in the natural products industry who were such an important part of my childhood. I love them. My head and heart are full of so many dear memories. Tomorrow be a celebration of our shared past and also a private gratitude that sometimes things have a way of working out.