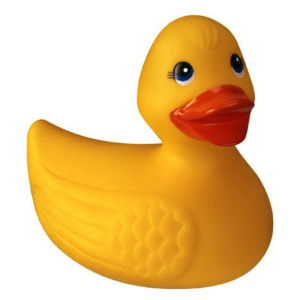 In 1961 the American Medical Association and the Food and Drug administration sponsored an event for the purpose of stamping out perceived “quackery” and to erradicate the “food faddists and crackpots” from American society. The link above contains the entire official transcript of proceedings, a word-for-word account of the speeches given by medical experts and agency enforcers of the day. (Note that page two is not part of the original proceedings was added to the binding by Clinton Miller after the fact.)

Here is an excerpt from Every Essential Element on this subject:

Clinton and his family had arrived in Washington in the wake of a conference put on by the American Medical Association called the “National Congress on Medical Quackery” in October of 1961. It was co-sponsored by the FDA. Other headliners included the Federal Trade Commission, the Department of Justice, the American Cancer Society, the National Better Business Bureau and others. The FDA’s endorsement positioned the AMA as a quasi-government agency, and it appeared they had the authority of the government.

The purpose of the conference was to stop quackery within the health food industry, and they labeled just about everything so. The book before us was a complete transcript of the proceedings.

That was just the first speech. On day two they said,
“Speaking for the American Medical Association and our 180,000 physician-members, I pledge our efforts to the final eradication of quackery and all its minions and satraps.”

In that conference, Clinton said the medical establishment declared war. He was warming up to something. “I don’t like bearing bad news, but this wasn’t just toward the industry in general. At that conference, they singled out sea water products. They slapped all those ugly labels on you.”

What did this mean? He thumbed to some marked pages. “See, right here.” He pointed to a transcript of the keynote address by Abraham A. Ribicoff, Secretary of Health, Education and Welfare.

“Today, quackery is sophisticated. The old time hokum has assumed new disguises. The Food and Drug Administration, for instance, is now engaged in legal proceedings against certain vendors of bottled sea water priced up to $20 per gallon which has been offered as a modern preventative and panacea for virtually all human ailments…But quackery’s cost cannot be measured. The quack flirts with disaster. He challenges the sixth Commandment, ‘Thou shalt not kill.’ (Official program from Congress on Quackery, p. 3-4)”

So we were murderers too?

Clinton flipped to another speech, this one by Fredrick J. Stare. Dr. Stare ridiculed a letter he had received. It read,
“I dare you to write me defending your statement that there is no essential difference between enriched white bread and whole wheat breads in the health of man.” Dr. Stare called the writers of such letters, “food faddists and crackpots.”

Clinton’s eyes smiled, “I guess that makes me a crackpot. Now here’s where this one talks about you.”

“Recently, sea water has become popular with the food faddists. This is based on the old but widely held misconception that because such water contains numerous mineral and trace elements, and the body needs some of these elements, it will be healthful to take a little sea water every day. This is just another adaptation of the false premise that modern foods are nutritionally inadequate… Don’t be taken in. Have confidence in the skill and ingenuity of America’s great food industry. It deserves it.” (Official program from Congress on Quackery, p. 66-72)

We groaned at how they applauded the “skill and ingenuity of…America’s great food industry.” The heroes of that day were the makers of snack foods and TV dinners.

It was unsettling indeed to hear a story in which you are the bad guys. It sunk in. We had been marked by the government a full eight years before we had our first customer. The powers in charge had pledged our destruction calling us minions and satraps. They labeled folks like us, Clinton Miller and Bessie Shafer as evil. Make no mistake, anyone who blew the whistle on nutritionally bankrupt food had better watch out. They felt justified ridding the world of health food makers who held “morals that had degenerated to the point where they would dare offer hope where, indeed, no hope existed.”