NORAD Santa Tracker – Why I Need to Believe 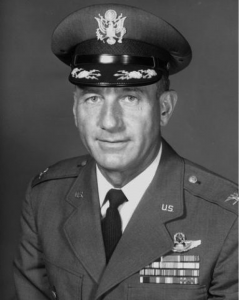 I couldn’t quite admit on FaceBook last night that an article moved me to tears. It was the NPR Story Corps bit entitled “NORAD’s Santa Tracker began with a typo and a good sport.”http://www.npr.org/2014/12/19/371647099/norads-santa-tracker-began-with-….

It’s kind of embarrassing that I am now the lady who cries at everything, like so many testimony meetings. But at least I’m not all dead inside, right?

I needed to see how at ninety years old, the Keeper of the Red Line didn’t talk about his important job but he did carry the Santa letters with him. I needed to read how serendipity could marry a military annex to our most cherished of childhood beliefs.

Maybe these are the reasons we go so mama bear to protect Santa. Something’s got to be sacred for cryin’ out loud.

I used to know a guy who didn’t believe in Santa and said he’d never lie to his son. He had this rigid plan that he would never, ever teach his kid to believe in the red-suit-naughty-nice-list guy. Too much like the religion hoax, he said. In retrospect, I think this wasn’t really about the moral high ground but something a lot more personal. He really just wanted his son to believe in him.

I have always wondered what happened when the day came—and it always comes—that the dad failed the son in some way. What of that? What to believe in now? These years later I’m left with less judgment toward the guy but more sadness that the world had beat him up so bad.

Also this. I can tell you the father I’d choose—give me the guy who carried around the Santa letters. Actually, that’s kind of the parents I did have. Maybe that is why after a woe-is-me kind of week, I’m less pissed off and more inclined toward hope after a few minutes reading a NORAD Santa story.

Finally, in thinking about a pragmatic father who I’m not gonna judge (really I’m not), it occurs to me that that someday my daughter will outgrow me. Maybe, though, if I do my job, she will never outgrow Santa. Her understanding will mature and when it does, she won’t have to abandon childhood belief altogether. Rather, she will simply graduate to the rank of Keeper. Someday she may even have an important job. Maybe someday that job will get interrupted by a child. If I do my job now, she will know what to do then.