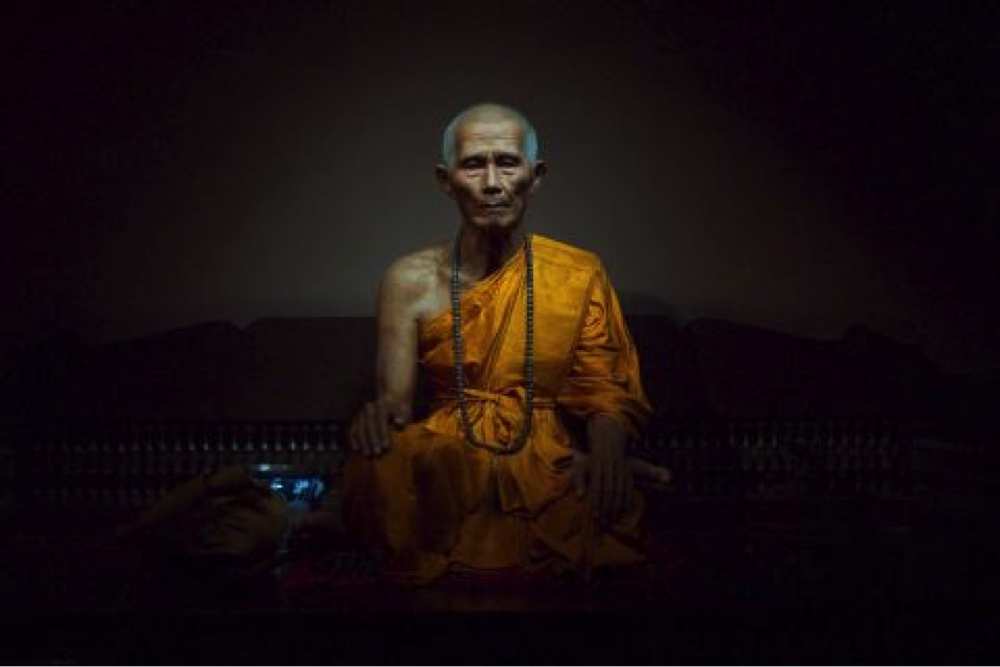 Comments from friends sparked fresh thoughts and I want to delve further into yesterday’s topic. While science and religion ask different questions and serve unique purposes, I like to think that someday science will explain/debunk spirituality. Anything that is capital-T True should ultimately be either proved or disproved, except perhaps the existence of God and the unknowable details of events long past.

Wouldn’t it be something if scientists end up giving religion the answers to how spirituality works? Just remember, my white-smock friends, that before this can happen we’ll have to acknowledge that the questions religions kept alive were important after all.

Here’s what I mean. Just because a particular aspect of our spirituality isn’t measurable right now, doesn’t mean it can’t be. Perhaps we simply haven’t figured out the right angle from which to approach the problem, or the right experiment. If we do conduct valid experiments, we’ll either settle on elegant and scientifically sound explanations for the mechanics of human spirituality, or else we’ll see that an element of what we believed was made up after all. Whatever we learn will allow paradigm shifts that will move humanity forward.

Here are some examples of past game-changing discoveries: gravity, electricity and bacteria. There are social technologies like democracy and free markets. I cite these examples because they are simple enough for me to grasp (read: I’m not smart enough to discuss relativity or the laws of thermodynamics). Like these discoveries that illuminated the world in new ways, I suspect there is more to spirituality than we currently understand. Someday we might figure out the questions to ask, which will lead us to the experiments, and we will finally see what had been hidden in front of us.

It reminds me of the opener to David Foster Wallace’s famous commence speech from 2005.

“There are these two young fish swimming along and they happen to meet an older fish swimming the other way who nods at them and them and says, ‘Morning boys. How’s the water?’

“And the two young fish swim on for a bit and then eventually one of them looks over at the other and goes, ‘What the hell is water?’” (1)

I’m talking about the discovery of water. I’m talking about learning how our spirituality works in a way that takes this core aspect of our humanity from woo-woo mumbo jumbo to a discipline that suddenly all makes sense. We’ve been immersed in it all along, we just didn’t have the language for it.

In my last post I referred to “spiritual technologies” and through my personal seeking, I have become intensely curious about them. The great spiritual disciplines have common threads and the best stuff gets passed—through religions, storytelling, and scripture—from generation to generation. The practices that have efficacy crop up across cultures and the sages (and novelists) of every era use new words to teach the same messages. Mind you, specific mythologies are all over the map, which is why I doubt the details.

Still, the basic technologies remain pretty consistent, beginning with practices like prayer and meditation. This list might grow to include: chanting, fasting, kindness, the act of confession, service, principles of humility, ceremony/ritual, scripture study, storytelling, revelation/premonition, sense of community, faith healing, individual contemplation and the habit of drawing upon the arts for worship. Transcending all other concepts for its sheer veracity is love.

Some of what’s at play might be obvious, like the fact that music and dance spark emotions which are intertwined (if not easily confused) with our spirituality. Still, I wouldn’t dismiss even this as simplistic. Is it possible that our emotions and spirit intertwine through creative expression and that the creative process is somehow connected to a higher source? The idea of creation certainly seems like a religious theme.

Beyond spiritual technologies, I wonder if other discoveries will open new windows into what it means to be human. Perhaps we will reveal some variation of a “sixth sense” that we’ve always had but didn’t have a frame of reference to explain. Could we someday understand the interconnectedness of all living things in a way that will finally help us transcend violence?

Here’s a present-day example that gives me hope. Scientists are just beginning to study the brain and meditation/mindfulness. I heard a podcast a while back in which brain scientists are studying Buddhist Monks, calling them the Olympic Athletes of the mind. (2)

The Dali Lama says that “Buddhism is more than a religion. It is a science of the mind.” In April of 2014 he participated in a conference in Japan entitled Mapping the Mind: A Dialogue between modern science and Buddhist science.”

I want to close with Carl Sagan. “Science is not only compatible with spirituality; it is a profound source of spirituality. When we recognize our place in an immensity of light‐years and in the passage of ages, when we grasp the intricacy, beauty, and subtlety of life, then that soaring feeling, that sense of elation and humility combined, is surely spiritual. So are our emotions in the presence of great art or music or literature, or acts of exemplary selfless courage such as those of Mohandas Gandhi or Martin Luther King, Jr. The notion that science and spirituality are somehow mutually exclusive does a disservice to both.”

Could we be on the brink of something big?

(1) If you haven’t seen or read “This is Water, by David Foster Wallace, do it right this very minute. Here’s the YouTube link: https://www.youtube.com/watch?v=8CrOL-ydFMI Or buy the print version, audiobook, or whatever your fancy. On Amazon: http://www.amazon.com/This-Water-Delivered-Significant-Compassionate-ebo….)

(3) The Demon-Haunted World: Science as a Candle in the Dark, by Carl Sagan